How Is Severe Dental Malocclusion Treated?

Put simply, dental malocclusion is the misalignment of a person's bite. When the upper and lower dental arches are closed (which is the technical term for closing your mouth), the upper and lower teeth don't come into precise physical contact with each other. Dental malocclusion is generally identified at an early age and is usually treated by an orthodontist. Braces are a standard form of treatment, and while these are often placed at a younger age, there are no upper age restrictions, and braces can be effective for adults too. But what about when a person's malocclusion is particularly severe?

A severe malocclusion is often caused by a deformity of the jaw. This malformation has resulted in the misalignment of the upper or lower dental arch and can present as an underbite, an overbite, or an open bite (where the teeth have become slanted and cannot connect). A thorough assessment of your particular malocclusion is necessary so that a treatment plan can be developed, and you might think that you will need to wear dental braces for several years. What happens when your orthodontist tells you that braces won't have much effect in your case?

It's not a decision that is reached lightly, but for people with severe malocclusion, jaw surgery might be the only effective course of action. This is known as orthognathic surgery and involves the jaw being broken and then reset into the desired position. While it might sound rough, the process is incredibly precise, and of course, you will be under general anesthesia, so you will not feel anything. After the surgery, you will be given adequate pain relief to manage any discomfort. What does this surgery involve?

The exact method will depend on your specific malocclusion, but in most instances, the jaw is broken and then reset. The resetting is achieved with stabilizers, which can be titanium bolts and plates strategically placed in your jaw, manipulating the bone so that it heals in the necessary position. These stabilizers can also be bioresorbable so that they are absorbed by your body once the resetting process has concluded.

The resetting process can be considered finished once your jaw has healed. And once this healing has concluded, you are now in a position to receive dental braces, as this is often the finishing touch after orthognathic surgery. If anything, think of the surgery as the means of preparing your jaw for your braces.

Don't be alarmed if it's suggested that your malocclusion requires surgery. Orthognathic surgery is a common procedure, and in your case, it's a necessary procedure to correct your bite. 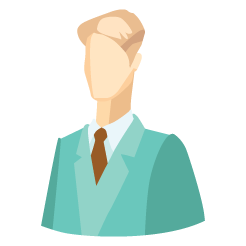 For your regular check-ups, cleanings, and cavity fillings, a visit to your regular family or general dentist is sufficient. But if you have a specific dental problem that is bothering you, you may need to see a dental specialist. However, it can be confusing to sort out all of the different specialties. What does a periodontist do? How about an endodontist? And since both cosmetic dentists and orthodontists handle braces, which one should you go to if your teeth are crooked? I started this blog to help people learn about the different dental specialties, and how they can help you with your tooth problems. Want to know how gingivitis is treated, what to expect during a root canal, and which specialty dentist handles those problems? Keep reading to find out!